It’s quite funny, really. I know I said that the previous piece in this series on Spiritual Growth was to be the last one. But I’ve been wrong before 😉

And since examples are an excellent form of teaching aid, I figured, ‘What the heck’ and I have indeed added it to the series as sort of an epilogue.

Probably the most important underlying question I have been tackling repeatedly in my earlier articles is this: ‘What does spiritual growth look like?’ And so, today, I would like to give you an actual visual instance of this from real life. This is a great example of what the reappraisal of one’s personal beliefs actually looks like in practice. This is a very relevant piece, from the legendary Christian musician Don Francisco, and I just had to include it precisely because it is such a good illustration. Here we go: 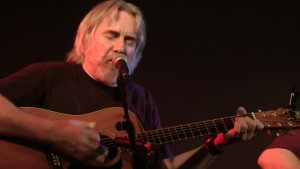 I’ve had several supernatural revelations in my seventy-plus years. They first showed me, and then re-confirmed, the reality of Jesus/God and His love; they have become the foundations of my life.

Making an all-too-common error, however, I interpreted those undeniable experiences with God according to modern evangelical dogma, having no other context. It didn’t take long for those interpretations to mix with the revelations themselves, and together they hardened into intellectual barriers… I began to confuse defending those composite walls with defending the revelations themselves– which needed no defense. It took years for me to realize this had occurred…

Religious dogma would assert that such a realization is actually a spiritual attack that requires resistance – and the building of a higher, more extensive, and more impenetrable mental wall. Experience is deemed invalid (being identified with “the sinful flesh”), and doctrine is elevated to the place of prime importance.

Recently, I found myself surveying the damage after the wrecking ball of reason had swung full-force into those dogmatic walls. To continue the metaphor: All that I knew experientially of God was now buried under tons of intellectual rubble. (This is a place people find themselves after escaping from religious cults– doubting everything they’ve believed, not just the cults’ lies and half-truths.)

Removing the rubble and reclaiming my violated experiences was the task before me– all the more difficult because I still lacked a context: Evangelical doctrine was the only one I’d ever known for interpreting those revelations, and I needed a fresh perspective. I eventually found one that works for me; I realize it’s sort of cobbled together…

My interpretive wall had been built of the following common evangelical principles. (The list is not exhaustive, but nearly so…)

1) At the Fall in the Garden of Eden, the human race became evil at its core, and every child born since contains and is predisposed to express that evil. All of us were born separated from God by this misdeed of our ancestors.

2) God could not associate with humanity after the Fall because of His holiness and righteous anger toward our sins and sinful nature. His anger had to be satisfied, and our nature needed to be changed.

3) In the evangelical view, the Old Testament [OT] describes how God made a covenant with the nation of Israel via Moses; Israel continually failed to keep their part of the bargain, incurring God’s wrath and judgment. It’s presented as a model of God’s dealings with humanity outside of Jesus…

4) God sent His only, beloved, and perfect Son to become the human known as Jesus on earth so that He could die to pay the debt for our sins and to change our inner nature– if we ask him. When we do, we are included in the New Covenant, living forever in harmony with God.

5) Three days after His crucifixion and death, Jesus rose bodily from the dead, ascending back to God some time later. Pentecost occurred, followed by centuries of arguments about what it means…

6) Everyone who does not believe in Jesus’ deity and resurrection, repenting of their sins and asking Him to be their Lord and Savior, will be consigned by God to an eternal fiery torment.

7) All believers therefore have a duty to convince non-believers of the above, so that they, too, will receive natures acceptable to God and no longer be destined for hell-fire.

8) The Bible is the Word of God, a God-breathed, inerrant and infallible guide to understanding all these things. It is the sole authority in spiritual matters.

I can no longer believe that most of these things are true. Here are my beliefs today; you should work out your own, but feel free to cherry-pick from mine…

1) The Genesis story of the Fall was not intended by its writer(s) as a factual account of the first man and woman. It’s a metaphor meant to describe humanity when we decide that we know how to live without God. We are not born evil, but in the image of God– we’re like him. Some of us choose evil, but most just blunder through life on our own…

2) God never stopped associating with us– because of our ‘sins’ or for any other reason. Jesus, for one, proved it, preferring the company of practically anyone over that of religious leaders. (The Israelites’ idea of an angry god who needed appeasement by blood had been assimilated from neighboring cultures; to their credit, they usually used animal rather than human sacrifices.)

3) The Old Covenant scriptures are a human record of a nation groping after God but ultimately failing to understand Him. Some of the OT writers heard Him better than others, but it’s a mixed bag. Trying to build a theology from the OT won’t work.

4) Jesus did come because of God’s great love for us; he didn’t come to die as payment for our sins. He came to show us what God is really like because we had it all wrong: He’s not angry– He is Love, a love that understands and forgives, even when we murder Him; His love is also independent of our response to it. The Spirit of God is real, has always been present and has never turned from anyone. He would dearly love for you to welcome him into your life; he’s always felt that way… Jesus also came to show us what it looks like to be truly and fully human…

5) I believe Jesus rose bodily from the dead, proving his deity, his love for us, and God’s eternal identification with the human race. When He said, “It is finished” on the cross, He meant it: There is nothing left for us to do but live in the reality of His accomplishment. (The Spirit of God helps us to do that, but the assertion in Acts that he had not yet been “given” makes little sense to me; he is, and always has been omnipresent. Perhaps humanity’s previous lack of comprehension kept him out…) My own initial experience of being filled with him occurred without any “laying on of hands”. What is described as Jesus’ “ascension” was simply a dimensional relocation…

6) For various reasons, the idea of eternal conscious torment for unbelievers has been inserted into Jesus’ teachings and other places in the New Testament [NT]. Assigning anyone to such a place is completely incompatible with Jesus’/God’s character– even the OT writers didn’t threaten people with it… and there really is no such thing as “hell” in the NT.

7) Most of humanity’s hurtful, destructive, and evil actions are motivated by fear. By telling others of God’s love in Jesus– and demonstrating it by how we live– we can introduce them to Him and to reality– a universe governed by love. We can show them that God has always loved them, never condemned them, and not to fear death: It’s not the end, and there is no hell to be avoided by kissing up to an angry god.

8) Idolizing the Bible is foundational to the cult of evangelicalism; human interpretations of a book are thereby elevated to a place of authority above even the audible voice of God Himself. For me, what God says to me in my heart is always held above everything written or spoken by another human.

The Bible exists to lead us to Jesus: He is the Word of God. Hear Him.

This last point (#8), of necessity, affects all the others. If all you know of God is from
books, you are walking in deep darkness…

Here is the link to Don’s original piece on his Facebook page. It might well be worth your looking at some of the comments on there too; there are many people testifying to how the Spirit has been prompting them in the same way. As I’ve said before, I find this fascinating!

There are quite a few pieces planned for my blog in the near future, in which I will be featuring Don’s writings. Keep a good lookout for them! 😀

6 thoughts on “How Beliefs are Modified”


Other posts in series: